Reflecting on “Black Bodies in White Spaces: A Performance Ritual” 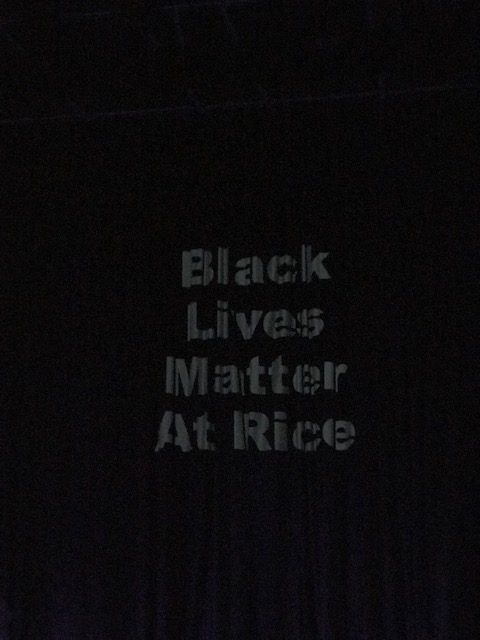 BLACK BODIES in WHITE SPACES expressed just what I have been feeling emotionally.  I am an artist and my recent creations have been about black bodies in white spaces.  The performance started in the white space outside of the MOODY CENTER FOR THE ARTS.  By white, I mean that the white ownership of the power, real estate, and economic prosperity symbolized by the sterile architecture of Rice and the towers of power in the Medical Center provided a visceral backdrop to the black bodies in black attire performing black spiritual music.  As the performers flowed from outdoors to inside, the music, dance, and visual representations of black bodies in an all-white room reminded me that I am in this world and my body is black and I was created as worthy to occupy this white space as white bodies.  As the names of the black students and black professors, former and present, were read aloud, I began to wonder what experiences black bodies had at RICE UNIVERSITY, a white space, a formerly segregated space, created exclusively for white bodies.  So, what are BLACK BODIES experiencing today?  The performance ritual was a story that I want to know more about.

“Don’t Just Stand in a Crowd; Immerse YOURSELF”

Sorry, the comment form is closed at this time.